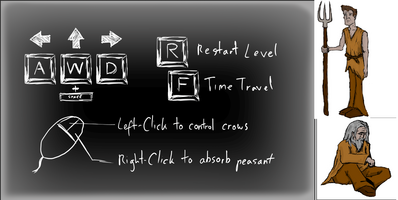 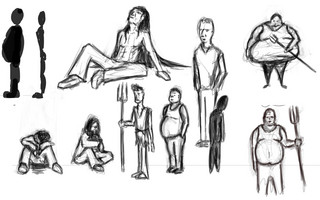 During this week we mostly focused  on polishing out what we were left with after the game jam, the current change list includes:
- Making the  game work with any resolution.
- Adjustments to the flocking system, turns out it wasn't properly frame rate independent which made the crows pushing power significantly lower sub 60 fps. This one turned out to be more difficult than anticipated but is close to being resolved.
- Addition of new physics blocks and ideas for puzzles using said blocks:
- planks
- hinges,
Later:
- ability for crows to pull
- ropes
- chains
- etc.
- Other ideas are welcome!

Get The Last Straw

Ancient scarecrow with a grudge travels back to change history